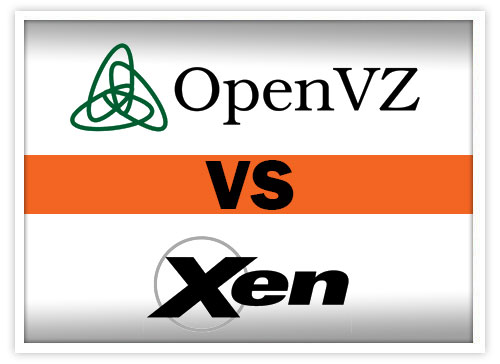 Hostslim provides a choice of three different virtualisation (VPS) platforms – OpenVZ, Xen and KVM. Here’s more information on each platform to help you choose the most suitable product for your needs.If you would like further advice, feel free to get in touch.

Xen/KVM platform
KVM is true virtualization, each guest is independent of the host. OpenVZ is a container virtualization which relies on the host node kernel. KVM has no restrictions in terms of functionality. No restrictions comes with the price of more overhead in case of KVM.  KVM is generally more stable than OpenVZ.
Xen is a bare metal hypervisor, which makes it capable of running multiple instances of virtual machines on a single host. These hosts are not constrained to the kernel of the host and for that matter do not even have to run Linux in the VPS. Xen Virtualization is capable of hosting Windows and BSD operating systems as seamlessly as a Linux guest. Whether you choose one or the other is personal preference

Biggest difrences:
Both Xen and KVM provide true virtualization. OpenVZ is not true virtualization,
since everything is really running under a single Linux kernel.
with OpenVZ you share your kernel, and your pagecache. The memory you get with OpenVZ is ‘memory’ – some of it is swap and some is ram.
The major problem with OpenVZ is that, OpenVZ does not provide the features which KVM does. Like, for example TUN/TAP, reverse DNS, fuse, ip_conntrack can be configured by yourself instead
Main Features of OpenVZ:
Full root access.
OS-level virtualization.
Upgrades can be applied on-the-fly, without reboots.
More resources available due to lightweight virtualization.
Simple network and disk setup.
Access to most iptables modules.

If you are unsure which platform would be better for you, an OpenVZ VPS will most likely be an easier and more cost-effective solution, unless you already know that you want and require specific kernel modules that OpenVZ does not support. We offer both XEN and KVM for only 10 euro’s per month.